The number of startups entering the healthcare AI space has increased in recent years, with over 50 companies raising their first equity rounds since January 2015. Deals to healthcare-focused AI startups went up from less than 20 in 2012 to nearly 70 in 2016. Last year also saw two new unicorns emerge in the space: China-based iCarbonX and oncology-focused Flatiron Health.

“By 2025, AI systems could be involved in everything from population health management, to digital avatars capable of answering specific patient queries.” — Harpreet Singh Buttar, analyst at Frost & Sullivan.

We identified over 100 companies that are applying machine learning algorithms and predictive analytics to reduce drug discovery times, provide virtual assistance to patients, and diagnose ailments by processing medical images, among other things. 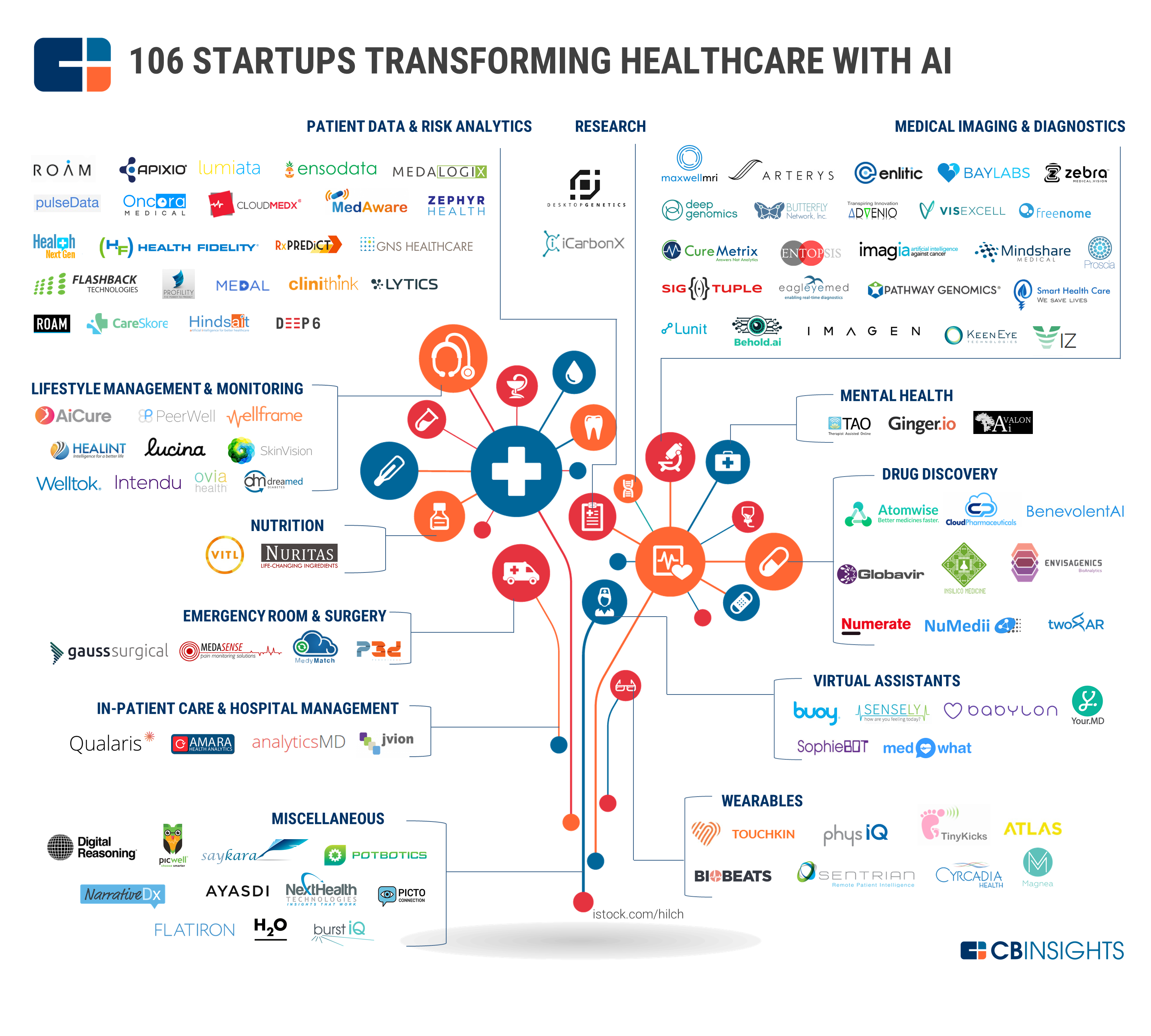 Sign up for our venture capital database below for more information on AI startups.
Source: Cbinsights

Conect with me at Linkedin